NBA Free Agents Worth Kicking the Tires On

NBA free agency has slowed down quite a bit as rosters have moved closer to capacity and cap room has thinned. NBA teams are allowed to give training camp invites and carry up to 20 players prior to cutting down to 15 to start the season. There are many young players out there still that are worth taking a look at. If they don’t like what they see, they can simply not include them in their final 15. Let’s take a look at some of these players. 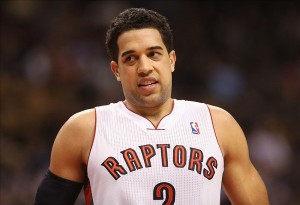 At just age 27, Landry Fields still has some upside to him. Since leaving the New York Knicks, things have not quite gone his way. He has suffered an injury to his shooting arm that may have derailed his NBA career. Last season he averaged just 1.8 points per game in 26 games during his final season in Toronto. Fields is currently learning how to shoot left handed and is worth a look in training camp.

Hamilton has bounced around the NBA in his short career in the NBA and that’s a product of leaving college too soon. Hamilton played one great season for the Texas Longhorns and was the 26th pick in the 2011 draft. He has played for three different NBA teams and is still just 24 years old. He possesses great size at 6’7 and at times has shown he can shoot from outside. He definitely still has upside to be tapped into. It’s rumored he has signed a deal to play in Russia. Maybe he’ll prove his abilities overseas and find his way back to the NBA.

You probably remember Cole as that point guard from the Miami Heat with the flat top hair cut. Cole was traded at the deadline last season to the New Orleans Pelicans and averaged just under 10 points per game. At age 26, Cole still looks to be deserving of a backup role on an NBA team. Someone should give him a chance.

Other NBA veterans still available today that can help an NBA team include: